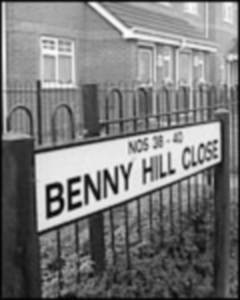 In the ten years since the tragic death of saucy comedian Benny Hill, one question has continued to perplex his family and friends – just what did happen to Benny’s porn stash? According to close friends and colleagues the comedian – best known for his innuendo filled TV show in which scantily clad young women would be chased around parks by the chubby bespectacled comic – possessed one of the world’s most extensive collections of pornography and erotica. Encompassing everything from books, videos, magazines, obscene postcards and novelty sex aids, experts believe that only former US President Bill Clinton has a collection of pornography to rival it. Hill invested the entire fortune he had earned from his TV show- estimated to be millions of pounds – in his collection, and consequently lived in a modest flat in Southampton. “It was all he needed,” says Hill’s former TV producer Jim Pillicock. “He came up with many of his best ideas for smut-filled sketches after an afternoon poring over his amazing collection of jazz mags.