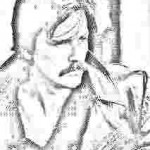 Publisher, Executive Editor and Chief Writer of The Sleaze, the Doc is in the forefront of the campaign to preserve historic 1970s moustaches, and is currently the owner of a fine 1970 Alain Delon, which he wears with pride every Thursday. Before founding The Sleaze, the Doc had the singular honour of being dismissed from the Ministry of Defence’s Defence Intelligence Staff following his involvement with the original ‘dodgy dossier’, which sparked the civil war in the former Yugoslavia. Nevertheless, he stands by his controversial assessment that there is satellite imagery clearly showing Serbian leader Slobodan Milosevic enjoying a three-in-a-bed romp with Princess Margaret and Richard Branson. Following his dismissal, the Doc crossed the Atlantic to enter the film industry, where he quickly became Tawny Kitaen’s pubic hair stylist. The proud possessor of the world’s largest collection of pornography discovered in hedgerows, the Doc is considered one of Britain’s leading experts on smut, and acted as an advisor to the BBC 4 series A Pornographic History of Britain. Now in his early middle years, Doc Sleaze lives quietly in Southern England where he is sometimes allowed to teach Government and Politics to local A-level students. He can be reached through the site’s main e-mail address – just don’t expect a reply. 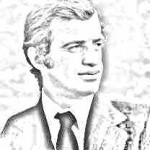 Frequently dismissed as merely a figment of the Doc’s imagination, deployed to sign off editorials critical of other satire sites/editors, The Sleaze‘s Managing Editor, Big Sleazy, is rated as one of Britain’s top poker players. Indeed, he has proven many times in the editorial offices that when given a good straight poker, he can play any tune you like on it. Credited as the part-inventor of the oil-fired exploding male thong, Big Sleazy was forced to seek an alternative career path when that invention failed to be quite the commercial success he had envisaged. Moving to Hollywood, he quickly became involved in the film business, eventually becoming John Holmes’ personal penis wrangler in the early 1970s. However, after contracting a very nasty infection after being spat at by Mr Holmes’ member whilst trying to arouse it for an especially strenuous bedroom scene, Big Sleazy was forced to abandon showbusiness. Returning to the UK, poverty forced him to accept the vacancy at The Sleaze, where is mainly responsible for editing the Doc’s rambling sexual fantasies. Big Sleazy can also be reached via the main website e-mail address.

The Sleaze‘s legal advisor (on the basis that she once worked for the Legal Aid Board), Little Miss Strange’s legal advice usually consists of “Don’t do that, you’ll be arrested – or go blind”. She is currently bringing a law suit against Sandra Bullock in an attempt to force the popular US actress to undergo plastic surgery, on the basis that Miss Bullock’s appearances in films such Miss Congeniality 2 and Speed 2 is damaging Miss Strange’s reputation as a human being. Voted by school classmates “The girl most likely to have her bottom spanked by a rich pervert”, Little Miss Strange enjoyed a career as a rock chick before joining The Sleaze, playing lead guitar for heavy metal giants Neptune’s Hammer. However, she was forced to quit the band after setting fire to her Stratocaster during a guitar solo on the infamous ‘Throbbing Gristle’ tour – the resultant singing of her pubic area left her wearing a merkin spun from the hairs of Frank Zappa’s beard for six months afterwards. Her other achievements include coming second in the “Miss Spankable Bottom” contest at the Bognor Regis Butlin’s in 2002. Whilst she still hasn’t had said bottom spanked by a rich pervert, she has had it leered at by a middle aged lecher she was later to know as Doc Sleaze. Little Miss Strange is a recluse, and cannot be reached by any means (although the Doc might just pass on a message). 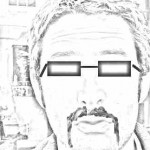 One of The Sleaze‘s longest-standing expert advisors, the Prof has held numerous academic posts including Chair of Politics and Sexuality at Bangkok Polytechnic, Head of Sexology at Worcester Postal College and Senior Lecherer at Twyford Institute for Young Men. Perhaps the world’s leading authority on Soho rent-boys, Professor Mire was forced to flee Thailand after taking the term ‘oriental studies’ too literally and getting caught in a public toilet with two young local men, who were naked from the waist down. Like Little Miss Strange, the Prof has also enjoyed a career in music, having been lead tin whistle player with seminal eighties pop outfit The Salient Points. The group are probably best remembered for supporting Cliff Richard on BBC 1’s ‘Summertime Special’ in July 1986 – they didn’t actually play, but quite literally supported Cliff, holding him upright after three bottles of gin and two bucketfuls of dysentry had incapacitated him. The performance has become the stuff of legend, with Jerry Mire operating the Christian swinger’s arms whilst Points‘ ace guitarist Nick Aragua did his legs for three consecutive numbers. However, disaster struck when Sir Cliff let go both ends during a spirited rendition of ‘Bachelor Boy’ – abandoned by the horribly soiled Salient Points duo, he was left in a stinking heap in the centre of the stage. When last seen, Professor Mire said that he was going to Bangkok. The Doc still isn’t clear as to whether this was a destination or merely a statement on intent. The Professor is best contacted throught the personal columns of Gay Times.