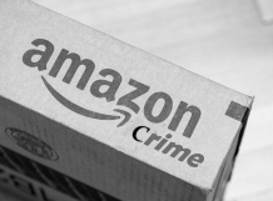 Amazon has angrily denied claims that they were involved in the recent drone attack on Venezuela’s President Maduro. “It is absolutely outrageous that anyone should suggest that terrorists can order bombs through our service and have them delivered to their target by our drones,” a spokesperson for the internet giant told a packed press conference. “For one thing, our drone delivery service is far more accurate and if we were to start delivering bombs – which we obviously don’t do – then we wouldn’t have missed!” The spokesperson further pointed out that drone deliveries are not available in either Venezuela, or Columbia, where the attack allegedly originated. The allegations of online retailer’s involvement with the assassination attempt originate with conspiracy theorist Hub Jinkster. “They can deny it all they like, but Amazon are running an international assassination service,” he told The Sleaze from his home in Atlanta, Georgia. “Obviously, you won’t find it on their main public web sites, but they have a whole secret service – Amazon Crime – devoted to meeting the needs of international criminals and terrorists.” According to Jinkster, the move into criminality was an obvious one for Amazon. “With dark web sites like Silk Road getting taken down by law enforcement, there was a huge gap in the market, while, simultaneously, Amazon was dominating just about every legitimate online market going,” he says. “Providing a one stop shop for everything you might need for a terror attack, bank robbery or assassination was guaranteed to be a winner, especially with Amazon’s unrivalled reputation for secure payment systems and its vast, international, delivery network.”

Whilst Jinkster’s claims have been widely dismissed as the ravings of a lunatic, other commentators have raised questions as to exactly how Amazon’s alleged criminal enterprise actually works in practice. “Is it a special service where bombs of their own making can be delivered to any address the customer nominates?” ponders fellow conspiracy theorist Theo Hijapes in the latest issue of Practical Conspiracy Digest. “Or, can you actually buy the bomb via the local Amazon website and select to have it delivered by drone? If you want to save money, as the drone service is presumably pretty pricey, are the traditional delivery methods still available? Of course, bearing in mind that the standard service can take up to ten days for delivery, you’d have to be careful about how you set the timer. And some of those couriers thy use are pretty dodgy = your explosive device could end up delivered to the wrong person, or detonate prematurely when they sling it over the target’s back fence when they aren’t in.” Hijapes is also concerned about the fact that the drone attack’s apparent target was missed. “I was also left wondering how the fact that the bombs missed their intended target might affect Amazon’s return and refunds policy – after all, if the miss was due to the drone’s inadequacies, then surely Amazon, as the operator, are liable?” he muses. “Can the would be assassins get their money back, or a re-run at no extra cost? It would seem only fair.”

But what would happen if a bomb was delivered to the wrong address? Would Amazon Crime collect it and deliver it to the correct address? Jinkster claims to have evidence that the organisation’s return policy is actually surprisingly shoddy. “Judging by the experiences of people who have contacted me since my initial revelations concerning Amazon Crime, if they deliver other people’s stuff to your house, if there’s no one in, (or they can’t be bothered knocking on the door), they won’t come back and collect the items they’ve left on your doorstep,” he says. “Instead, if you can manage to contact them, they’ll tell you to dispose of them as you will and simply send another delivery to the right address.” Which, means that perfectly innocent people could find themselves having to deal with an unexploded bomb on their doorstep (or wherever else they’d left it). According to Jinkster, this was just the scenario his correspondent Mike Prankton recently found himself facing, after opening his front door one morning to find a ticking package on his doorstep.

“Their suggestions for what to do with the package – keep it, throw it away or donate it to charity – were less than helpful,” says forty three year old Leytonstone resident Prankton. “I wasn’t going to keep it, was I? As for donating it, I somehow couldn’t see any of my local charity shops accepting an unexploded bomb as a donation. I did consider risking moving it and shoving it in the nearest municipal waste bin, but that raised the possibility of some poor council refuse worker being blown to bits when they tried to empty the bin.” Eventually, Prankton resorted to trying to find a local bomb disposal expert via Yellow Pages. “In the end I got this plumber on the phone who reckoned he’d been with the Ordinance Corps when he was in the army,” he recalls. “He told me to stick the package in a bucket of water and leave it outside the front door until he could get there.” Before the plumber arrived, however, the unattended package was stolen. “The little bastards around here will steal anything that isn’t nailed down,” sighs Prankton. “But they got more than they bargained for this time: there was an explosion a couple of streets away not long after it vanished – the police spent ages trying to link it to Islamic extremists. They raided the local mosque twice, but could never make the link.”

Amazon Crime, Jinkster claims, doesn’t confine its activities to delivering explosive devices. “You can order anything on their secret site: drugs, guns, knives, every kind of illegal shit you can think of,” he says. “All of it delivered to your doorstep in complete confidence.” The conspiracy theorist is also claiming that Amazon Crime is planning to expands its illegal activities into prostitution and human trafficking. “It’s an obvious move – imagine the convenience of being able to order a hooker or sex slave online,” he says. “Knowing that they will be delivered to your door at a guaranteed price.” For its part, Amazon has reiterated that it is not, and never has been, involved in illegal activities and has no intention of doing so in future. “If Mr Jinkster does not cease his entirely baseless allegations, then we will have no choice other than taking legal action against him,” a spokesperson for the company told the press. Jinkster, not surprisingly, remains unrepentant. “Look, if Amazon aren’t up to all sorts of evil shit, then why does President Trump have such a downer on them,” he demands. “Aster all, he’s no fool = he knows dodgy business activities when he sees them.”