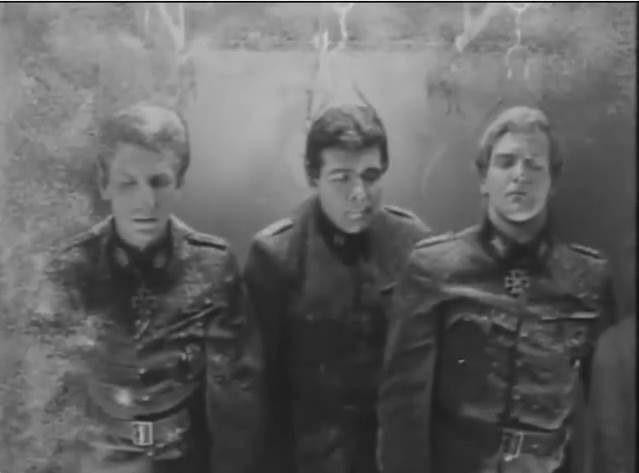 A top investigative journalist is claiming to have uncovered Welfare and Pensions Secretary Iain Duncan Smith’s most audacious scheme to cut unemployment figures and welfare payments yet. “It’s brilliant, yet cruel and insane all at once – just like Duncan Smith himself,” Billy Gripestone told The Sleaze. “It’s also far more cost-effective than those work fare schemes for the long-term unemployed, which ended up with taxpayers subsidising huge companies making millions in profits to allow benefits claimants to stack shelves for them!” According to Gripestone, the new solution to long-term unemployment is brutally efficient: anyone claiming job seeker’s allowance for more than twelve months is now being cryogenically frozen and stored in huge refrigerated underground vaults. “Believe me, all those falls in unemployment aren’t the result of more jobs being created – even the shysters who constitute our business classes can’t create that many ‘zero hours’ positions – but rather the fact that large numbers of people are no longer making claims because they are in a state of suspended animation!” The journalist alleges that the Department of Work and Pensions (DWP) believe that their new policy can bring huge economic benefits for Britain in a number of areas. “Not only does it reduce the welfare bill, but it also reduces the strain on other public services,” he explained. “A source in the DWP told me that the Health Department expect to save billions from the NHS budget, as all these people won’t be taxing its resources whilst they are frozen! It’s the same with policing – with all these potential criminals in the cooler, so to speak, they confidently expect crime rates to plummet!”

Gripestone claims that the Treasury are especially enthusiastic about the DWP’s plans to freeze the unemployed. “Apparently Chancellor George Osborne thinks that it is a brilliant idea – so brilliant that it almost makes up for Duncan Smith’s complete failure to introduce the universal benefits system on time or budget,” he confides. “By freezing workers when they are not needed, they can at last make the supply of labour match the country’s economic requirements. This way, as soon as the economy starts expanding again and demand for labour increases, the government can just thaw out as many workers as industry requires and vice versa. It’s the ‘reserve army’ of the unemployed rendered cheap and manageable.” The freelance reporter also believes that the Treasury plans to take advantage of the cryogenics programme to create a better trained work force for the UK. “My source in the DWP has told me that whilst these surplus workers are frozen, they plan to ‘re-train’ them by electronically piping subliminal messages and information into their brains, equipping them with whatever skills the contemporary job market requires,” he says. “They will, quite literally, become frozen assets to the economy.”

Perhaps surprisingly, Gripestone has so far been unable to interest any news outlets in his story. “I think that it has got to the stage that Iain Duncan Smith and the Tories have done so many unbelievable things with regard to welfare and benefits that even bizarre stuff like this just doesn’t seem sensational any more,” he told The Sleaze. “Besides with the way they’ve demonised the poor and unemployed over the past five years, nobody cares what happens to benefits claimants any more. Not even their reduction to being mere commodities.” However, others believe that his failure to sell the story comes down to the fact that it is utterly ludicrous. Indeed, not only have several cryogenics experts stated that the science still isn’t advanced enough to allow for the freezing of tens of thousands of human beings, but several leading economists have questioned whether a policy of freezing the unemployed would even be cost effective. “The expense of constructing and maintaining cryogenic facilities capable of housing tens of thousands of unemployed people would surely outweigh any savings made through not paying job seekers allowance and other benefits they might have claimed,” opined Professor Linwood Fluff, of the Clacton-on-Sea School of Economics. “It isn’t as if they’d save anything from being able to reduce DWP staffing levels, due to the reduction in benefits claimants, as the cryogenic facilities would require constant monitoring by technically skilled, and therefore expensive, staff.”

Gripestone remains adamant that his story has a foundation in reality. “Look, the underground facilities they are using already existed – they were built during the Cold War to house key officials in the event of a nuclear attack,” he told us, in response to Professor Fluff’s claims. “They’ve just been converted into cryogenic warehouses for the unemployed.” He also believes that the technology required to successfully freeze human beings isn’t as sophisticated as experts have claimed. “I have it on good authority that the DWP first hit upon the scheme when some teenager stacking shelves at a supermarket for their benefits got locked, accidentally, in a cold storage locker,” he explained. “The poor devil wasn’t missed for five weeks – he was frozen solid when they found him, but thawed out in front of an electric fire with no apparent ill-effects! What really impressed the DWP was that they didn’t have to pay him benefits for those five weeks as, legally, he was unavailable for work! They also successfully sanctioned him for missing his work placement and several Job Centre appointments – he couldn’t claim anything for six months after he was found.”

The reporter is keen to point out that the freezing process isn’t without its perils. “Obviously, when they actually started trials, they didn’t just shut someone in a freezer until they were stiff with frost,” Gripestone says. “They carefully lowered their body temperatures until their vital functions were barely perceptible, then vacuum sealed them in plastic for storage. The real problems came when they tried to revive the first subjects.” According to Gripestone’s DWP source, the first experimental subject was revived – using a cocktail of drugs and a transfusion of warm blood, rather than a three bar electric fire – with the Secretary of State himself present. “The poor bugger opened his eyes to see Iain Duncan Smith looming at him – his reaction was to try and throttle the minister,” Gripestone reveals. “Mind you that might have had less to do with brain damage caused by the freezing process, than being a natural reaction to finding yourself in close proximity with Iain Duncan Smith.” Not that the possibility of the process causing brain damage is a concern for the DWP, according to the reporter. “Their opinion is that it could be beneficial – making the subjects more docile and pliable,” he says. “Not only would that reduce the likelihood of industrial action, but it might also ensure that they voted Tory.”