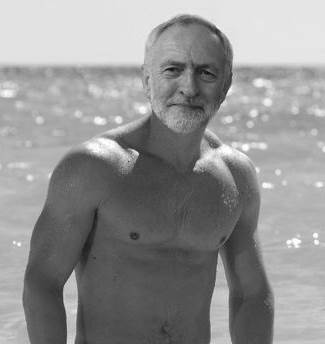 Troubled Labour leader Jeremy Corbyn looks set to face more criticism in the New Year after plans for a Labour Party nude calender were leaked to a top tabloid. “As we’ve come to expect from the pinko commie bastard, the whole exercise is incredibly disrespectful to, well, everyone,” claimed this morning’s editorial in The Shite. “Every month is a calculated insult to one cherished British institution or another. It’s an absolute disgrace and yet more evidence, as if any was needed, of Corbyn’s utter unsuitability ever to be Prime Minister. Surely he must resign after this debacle?” Amongst the images troubling the tabloid is that accompanying February, which alleged portrays Deputy Labour Leader Tom Watson naked ans apparently taking a Leon Brittan look-a-like from behind. “Clearly, an utterly outrageous attempt to continue a baseless allegation of child molesting made against the late Leon Brittan, this image alone oversteps the bounds of decency,” splutters the paper’s editorial. “As for April, which features Shadow Chancellor John McDonnell celebrating the start of the new fiscal year by lying naked on a bed covered in money, his genitals barely hidden by a pile of fifty pound notes – utter filth! It is close to treasonable that the Queen’s face on those notes could be touching his penis! His defiling of the Queen’s currency is tantamount to sexual assault by proxy!”

The month which is causing The Shite the most consternation, however, is November, which, the paper claims, shows a shocking disrespect for those British servicemen who have fallen in battle. “The picture for November has Jeremy Corbyn himself, naked in front of a war memorial, his genitalia hidden by a poppy,” The Shite‘s editorial claims. “Whilst one might have thought that the peacenik beardie bastard would at least have had the decency to use one of those white surrender-monkey poppies. But no, it’s the proper red Royal Legion type! The only comfort we can take from this outrage is that the bastard can’t be that well endowed if his cobblers can be hidden by such a small poppy!” Despite the newspaper working itself up into near apoplexy over the calender, sceptics have pointed out that it has refused to back up its claims by publishing any of the offending photographs, leading them to speculate that the story has no foundation. Indeed, some have suggested that the newspaper has been the victim of a ‘Hitler Diaries’-type hoax. “These allegations are utter nonsense – obviously we can’t publish any of the photos because they are so offensive,” a spokesperson for The Shite‘s editor declared at a press conference. “Furthermore, the idea that the calender is some kind of elaborate hoax is preposterous – we didn’t pay a penny for it. The thing was sent to us by a Labour MP dissatisfied with Corbyn’s leadership and who, naturally, wishes to remain anonymous.”

Speculation as to the identity of the MP is rife, with suggestions that it could be either Simon Danczuk, a vocal backbench critic of Mr Corbyn’s leadership, or Shadow Foreign Scretary Hilary Benn, who defied his leader to speak in support of the government’s motion to bomb Syria. “It’s no secret that they were both miffed not to be in the calendar,” Labour backbencher Jacob Hatchet told rival tabloid the Daily Norks. “Danczuk was keen to be Mr December, with a long white Santa beard preserving his modesty, whilst Hilary had hopes of being a First World War-themed Mr November, wearing only a tin helmet and with a couple of hand grenades and a bayonet artfully arranged to cover his groin.” Senior Labour figures, however, have dismissed both the speculation as to the identity of the mystery MP and The Shite‘s claims about the calender. “The MP clearly doesn’t exist as the calender described by the newspaper doesn’t exist either,” Deputy Labour Party Chairperson Duncan Frizz told the BBC. “We don’t deny that a charity calender featuring leading Labour figures in tasteful nude poses has been produced in order to raise money for charities supporting Syrian refugees, but it bears no resemblance to the one described in The Shite.”

According to Frizz, the real calender features members of the Shadow Cabinet posing naked as famous socialists from history. “In point of fact, Jeremy isn’t November at all, he actually leads the whole thing off posing as Lenin for January, using a soviet red star to cover his privates – he strikes a very inspirational pose, actually,” explained Frizz. “November is actually Shadow Defence Secretary Angela Eagle, posing as Rosa Luxemburg. That month does involve poppies, covering her nipples and pubic area. Obviously they both commemorate the fallen of the 1918 socialist uprisings in Germany and act as a symbol of peace.” Moreover, whilst Tom Watson does appear in the calender, he isn’t taking Leon Brittan from behind. “Not that such a pose would have been entirely inappropriate – it would have been symbolic of Tom’s firm stand against sex offenders, screwing them like they screwed their victims. I know that the police sais that Brittan was innocent, but you can’t trust them, can you? Besides, he’s dead and can’t sue for libel,” Frizz told an astonished Huw Edwards on the BBC Ten o’clock News. “In fact, Tom is December, sporting a white beard to portray Karl Marx. It’s a cheeky pose, with him looking over his shoulder and giving a hint of bum cleavage.” Frizz also dismissed the tabloid’s claims about the shadow chancellor’s role in the calender. “Obviously, he’s Chairman Mao, posed for August,” he said. “With the ‘Little Red Book’ open to cover his privates.”

Frizz believes that the fake calender described by The Shite is part of a programme of deliberate disinformation being co-ordinated by Tory Central Office and the right wing press to try and discredit Jeremy Corbyn’s leadership. “I’m afraid that this time it has badly backfired,” he opined on Newsnight. “The publicity it has generated has sent sales of the real calender through the roof.” Indeed, so worried are the Tories at the potentially positive effect the nude calendar could have on Corbyn’s approval ratings, that they’ve hastily put together their own, featuring members of the cabinet striking patriotic poses whilst starkers. “Apparently Cameron’s got his cock wrapped in the Union Jack, Theresa May is a naked Britannia, whilst Osborne is bending over a table, looking coquettishly over his shoulder at the fan of twenty pound notes he’s clenching between his buttocks,” claimed Frizz. “Mind you, Cameron looks suspiciously buff – I strongly suspect that they’ve just photoshopped his head onto some male stripper’s body – just like that poppy they photoshopped onto him for Remembrance Sunday.”