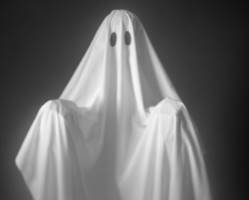 Following the rejection by parliament of her Brexit deal, Prime Minister Theresa May surprised the nation by calling a press conference outside of Ten Downing Street to announce that, when drafting the failed deal, she had been possessed by the spirit of Margaret Thatcher. “I know that it was a crappy deal that satisfied nobody, but it really wasn’t my fault,” she told gathered journalists. “I just found myself writing it – I was powerless to resist the spirit of my illustrious predecessor, who is determined to pursue her Eurosceptic agenda from beyond the grave. I implore everyone – my cabinet, my party and the wider electorate – not to hate me something I actually had no control over.” Commentators were divided in their response to the statement, with some claiming it was conclusive evidence of the Prime Minister having lost the plot, while others hailed it as a brilliant piece of political strategy. “On the one hand she absolves herself of responsibility for one of the biggest political defeats in history by ascribing her actions to a supernatural entity, while on the other, by invoking the name of Margaret Thatcher, she raises the possibility of gaining the support of the Tory hard right if she presents the deal to the Commons again,” enthuses Roland Twinkles, political editor of Brexit-supporting tabloid The Shite. “After all, how could they vote against something they now know was actually drafted by their heroine?” Twinkle added that he confidently expects Jacob Rees-Mogg and other members of the European Reform Group to perform a volte face over May’s deal and support it if represented for a second vote.

Sceptics, however, have dismissed May’s statement as being ‘utterly ridiculous’, pointing out that the photo produced by her office in support of her claims, allegedly showing a spirit form looming over May as she prepared her deal in her Downing Street office, is an obvious fake. “The so called ghost is clearly just Environment Secretary Michael Gove with a sheet over his head,” Gary Glitze, political columnist for Remain-supporting The Daily Norks snorts derisorily. “Apparently he often wanders around Downing Street like this, making moaning noises, rattling chains and occasionally jumping out of closets and shouting ‘Boo!’ at the Prime Minister, in the hope of scaring her into a heart attack, so that he can try and step into her shoes.” Twinkle, nevertheless, believes that May’s claims might have some credence, pointing out that Ten Downing Street has a history of hauntings. “Margaret Thatcher herself was frequently disturbed by the sound of her predecessor as Tory leader Ted Heath’s distinctive laugh echoing around the house in dead of night,” he says. “Every time she suffered a setback – there it would be ‘Ho, ho ho!’, mocking her. If it wasn’t that, it was the sound of his famous organ reverberating through the building at dead of night. Of course, he wasn’t actually dead at the time – it turned out that he was hiding out in the basement of Downing Street with his organ, driven insane by jealousy at his hated rival’s success. A bit like the Phantom of the Opera.”

Twinkle adds that Tony Blair frequently awoke to find the spectre of Clement Attlee standing the foot of his bed, pointing his pipe at him and accusing him of betraying the Labour Party’s socialist values. “Deputy Prime Minister Nick Clegg faced even worse treatment from the ghost of David Lloyd George, who would frequently slam the connecting door between the Cabinet Office and Number Ten in his face, as he attempted to attend Cabinet meeting, accusing Clegg of having betrayed the spirit of the Liberal Party by entering into coalition with the Tories,” says Twinkle. “Which, when you think about it, was a bit rich coming from the shade of the man who split the Liberal Party by buddying up with the Conservatives to maintain himself in power. Then again, at least he got to be the actual Prime Minister, unlike Clegg, who just got a meaningless job title.” Gordon Brown also suffered spiritual problems while in Number Ten: “Well, he was just haunted,” opines the journalist.

In a further development, an anonymous source in the Prime Minister’s office has conceded that May’s statement represented a last minute attempt to avoid blame for the colossal failure of Brexit and to desperately cling to her job. “We all know that it was a pretty crap attempt to sidestep responsibility, but it was the best we could come up with at short notice,” said the source. “We originally planned to have her vanish over the Christmas break, abducted by aliens perhaps, then reappear when the whole Brexit fiasco was over, so that she didn’t have to accept any of the blame for it – she could just come back and carry on as if nothing had happened, like she usually does. But with all the furore over that bloody vote being delayed, she was never out of the public eye long enough over the festive period to organise a disappearance properly.” According to the source, alternative strategies included the Prime Minister going on a Christmas cruise to the Caribbean and vanishing into the Bermuda Triangle. “When she eventually reappeared – found floating on a raft near Bermuda – she would explain how she had found herself in the lost Kingdom of Atlantis,” the source told The Sleaze. “Her experiences there would then be used to bolster her Brexit plans, with the Prime Minister explaining how Atlantis had thrived after breaking with ancient Europe, sinking beneath the waves and moving to a sunnier climate.”

Other alternative plans included May vanishing while she ran through a corn field, re-emerging several weeks later, claiming that she had been abducted by the fairy folk, who enjoyed secret economic success as a result of their trade agreement with the human world. An agreement whose terms were remarkably similar to her rejected Brexit deal. “We even considered having her disappear in the classic fashion, apparently vanishing into thin air after she stepped around to the other side of her car, turning up again weeks later claiming to have no memory of the intervening period,” they mused. “But the fact is that she can’t even get out of a bloody car, let alone walk around to the other side.”