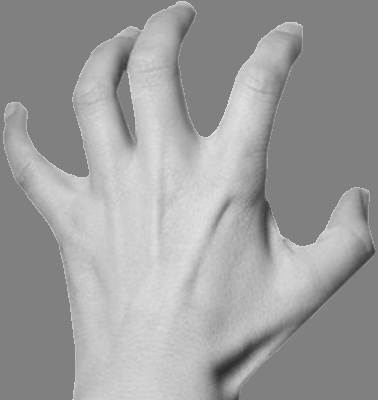 “It was as if my right hand had taken on a life of its own – one minute I was gesturing for an approaching bus to stop, the next thing I knew my hand was grasping my penis and masturbating it wildly!” thirty nine year old Danny Shandy yesterday told Guilford Crown Court, where he is facing charges of outraging public indecency.  “I was horrified – the entire bus queue were screaming and one old lady hit me with her shopping bag and called me a ‘filthy beast’!  But there was nothing I could do – I tried to use my left hand to prise the right hand away from my John Thomas, but it just pulled harder, causing me to ejaculate all over the side of the bus as it pulled up!”  The unemployed tree surgeon went on to describe how the rogue hand then released his member and assaulted him, slapping him in the face.  “I couldn’t believe what was happening,” he recalled.  “There seemed to be nothing I could do to stop the hand!”  Indeed, according to the prosecution, the bus stop incident was just the start of a day long sex offence rampage by Shandy, including three counts of indecent exposure, four counts of sexual assault and an incident of bestiality.  “There can be no doubt that the defendant set out to outrage public decency on an unprecedented scale,” Simeon Palm QC, appearing for the Crown told the court.  “His defence is, to be blunt, utterly ludicrous.”

Indeed, whilst Shandy doesn’t deny committing any of the offences, his defence is that his participation was entirely involuntary, with his right hand being entirely responsible for them.  In fact, whilst in the witness box, he has freely admitted several other offences, for which he had been neither arrested nor charged with, to the court.  “It’s been going on ever since I got out of hospital,” he claimed.  “The first time was when I was walking past a neighbour’s washing line, before I could stop it, my right hand shot out and pulled some her underwear off of the line and stuffed it into my pockets!”  However, Shandy’s hospital stay wasn’t for psychiatric treatment, as any casual observer might have assumed from his testimony.  The Surrey tree surgeon had, in fact, been the recipient of a pioneering hand transplant, after losing his right hand in a freak chainsaw accident.  “It’s obvious that they’ve given me the hand of some kind of evil sex offender!” he told the court.  “I’ve tried to find out whose hand it was, but the hospital authorities just hide behind all that ‘patient confidentiality’ nonsense, telling me that they never reveal the identities of organ donors!”

Shandy claims that his own investigations have revealed that the sexual offences he has been forced to commit by his hand are remarkably similar to those carried out by a notorious local pervert, Harold Clinch.  “I’ve been back over local newspaper accounts of his activities and court appearances,” he explained from the witness box.  “The pattern is exactly the same – he started off stealing underwear, before graduating to getting his knob out in public – especially at bus stops – groping women and masturbating wildly in front of complete strangers.  It was even alleged that he’d fingered a bull terrier!”  Significantly, Shandy discovered that Clinch had died of a heart attack – rumoured to have occurred during a marathon masturbation session involving a box set of ‘Mini Pops’ DVDs – shortly before his hand transplant.  “Apparently he had left his body to medical science,” said Shandy.  “He’d told people that he liked the idea of all those young medical students touching his body!”  Shandy is convinced not only that the hand he received once belonged to Clinch, but that it is still somehow possessed of its former owner’s evil spirit.  “I’ve no idea whether some part of his personality is embedded in it, or it is just some kind of reflex, but it is obvious that the hand is re-enacting Clinch’s old sex crimes,” he said, in an impassioned plea to the court.  “Clearly, I can’t be held responsible for the actions of a perverted stranger’s hand!”

Unsurprisingly, the prosecution’s expert witnesses have poured scorn upon Shandy’s defence.  “Whilst it is true that the defendant’s alleged crimes bear a superficial resemblance to those committed by the late Harold Clinch, the fact is that Clinch didn’t commit them all in one day,”  Detective Sergeant Bill Shuffle, who had investigated both Clinch and Shandy, testified.  “The reality is that there is very little variation in these sorts of sexual offences – there are only so many ways you can whip your top in public – so the similarity is hardly surprising.”   Shandy’s claims of a possessed hand were dismissed by another witness, top transplant surgeon Professor Orville Knuckle.  “The idea that any characteristics of a donor can be passed on to the recipient of an organ or limb transplant is utter nonsense,” he told a packed court room.  “It is a scientific impossibility.  People receiving heart transplants from donors of a different gender don’t become cross dressers, for God’s  sake!”

The prosecution maintains that Shandy’s defence of a possessed pervert hand is not only a fiction, but if accepted by the court, could create a dangerous precedent.  “If the defendant is found ‘not guilty’, they in future anyone receiving a hand transplant would have licence to commit all manner of heinous crimes,” opined Simeon Palm.  “They could punch someone in the face and then claim they weren’t culpable because the hand striking the blow came from a notorious street-brawler, for instance.  Even worse, they could murder someone and blame it on the hand of a murderer that they’d received in a transplant.  God forbid, if Mr Shandy is found ‘not guilty’, that there should ever be penis transplants in the future!”  In a move that might indicate that he realises the futility of his current defence strategy and is instead laying the foundations for an insanity defence, Shandy has begun claiming that Harold Clinch is actually still alive.  “I’ve heard that his hand was severed in an accident and somehow found its way into the transplant programme,” he claimed under cross-examination.  “In fact, I’ve seen this shadowy figure with a hook instead of a right hand lurking in doorways and following me.  I’m convinced that he’s coming to reclaim his hand from me – and who could blame him?  Can you imagine how difficult it is to be a sex offender with a hook instead of your wanking hand?”